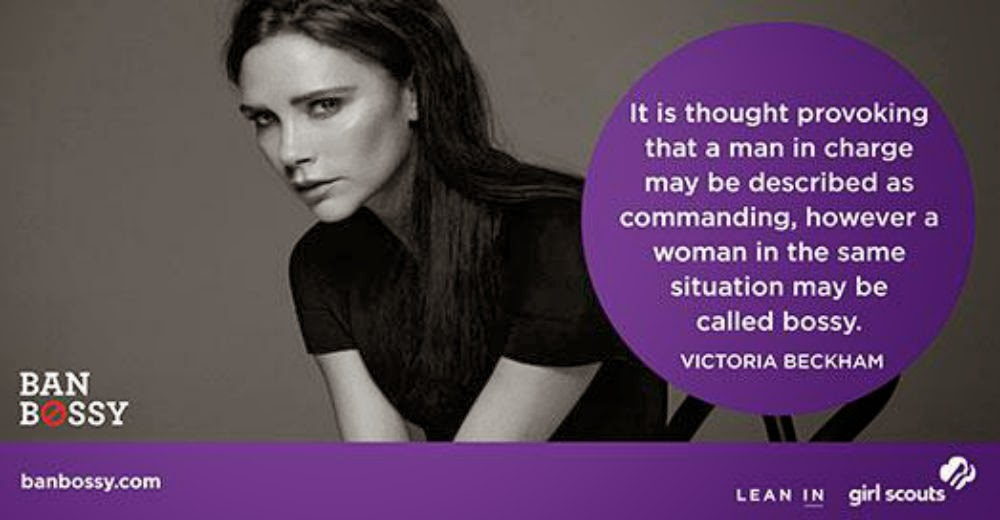 It was my sister who first brought the "Ban Bossy" campaign to my attention, when we were discussing our niece and her, uh, leadership tendencies, if a two-year-old shouting, "No! You do it!" can be described as a leader.

Since then, I've watched the video and read various posts on it, and I've been mulling over why it doesn't sit quite right with me. Initially I thought my knee-jerk eye roll was due to yet another "Treat girls like boys" sentiment. But the truth is that I don't have my own children and I haven't observed enough children of both genders to know if their respective bossiness is indeed handled differently. Sheryl Sandberg, who is spearheading the movement, has apparently been keeping up her data analysis at the playground while I'm racing my niece to the slide. And that, I suppose, is why Sheryl is the COO of Facebook and I am a person who wastes time on Facebook. I thought it only fair to dig deeper and ask myself if she was on to something.

Here is what I know: The same sister I mentioned above has many childhood memories of being shoved into a costume and made to play a supporting role of my choosing. When my parents told me I was being too bossy, they weren't trying to stifle my ambitions. In fact, they got me involved in theatre programs at a young age and always encouraged my talents. But they also placed great emphasis on being kind and fair to others; what they wanted to discourage was my propensity for treating my friends like props and disregarding their ideas. If I was emulating a leader, it was of the dictator variety. (I never saw them treat my brother differently, mostly because he is the youngest and never stood a chance at being bossy.)

I've realized that what ultimately bothers me about "Ban Bossy" is its oversimplification of the issue. True leaders create other leaders. They accept feedback, trade ideas, and seek out talent to enhance the team. So perhaps some parents are quicker to notice unkind behavior in their daughters than in their sons. And yes, some men have built their careers on getting others to do their bidding. Rather than want girls to grow up to do the same, don't we owe it to all children to teach them a bigger lesson? I don't have an alliterative catchphrase, but I think we can do better than boycotting a word. By all means, intervene when you witness bossiness in your sons and daughters, and instead teach them real leadership values that will not only be good for their career, but also for the world.